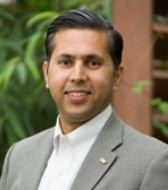 Dr. Raj Khosla is a Professor of Precision Agriculture at Colorado State University. He also shares administrative responsibilities at the College of Agricultural Sciences as the Assistant Dean of International Programs. Dr. Khosla is involved with quantifying and managing spatial variability of soils by precise crop input management in an environmentally sensible manner. Currently, Dr. Khosla is evaluating different techniques of delineating and managing “production level management zones”. In addition, he is evaluating remote sensing techniques to quantify crop stress conditions for nitrogen in irrigated corn, and detecting weeds in dryland no-till fields.Dr. Khosla teaches three courses, two undergraduate courses and one graduate level course at CSU. In addition, Dr. Khosla is the College of Agricultural Science’s Coordinator of a new degree concentration program called “Applied Information Technology in Agriculture”. Dr. Khosla has an extensive outreach program on Precision Agriculture. He conducts numerous field days and hands-on extension workshops around the state of Colorado and elsewhere. He practices on-farm demonstration research and extension trials and uses state-of-the-art technologies and its applications in crop production systems. 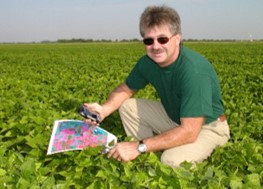 Gary Wagner is an owner and president of AWG Farms Inc. near Crookston, MN. AWG Farms is a crop farm consisting of approximately 4,200 acres spread over an 18 mile radius of the farmstead. Gary graduated from the University of Minnesota, Crookston with an AA degree in Agricultural Business. Gary was instrumental in bringing computer technology into the farming operation.  As a self taught computer programmer, Gary  integrated the computer for financial and field record keeping starting in 1981.  During the years 1990 to 1993, Gary sold over 400 copies of his developed software program “Field History Manager” (distributed by Red River Software, Fargo, ND), to the farm market. Since the adoption of precision agriculture concepts, in 1993, Gary has traveled across the United States, and Canada, (well over 60 conferences and meetings) encouraging and informing other farmers how this technology which can help themselves and the environment. Gary has also traveled to Brasilia, Brazil with Dr. Aziz Rahman, in 1999 and 2000, teaching one week hands-on seminars on the concepts of this new technology. Besides his farming duties, Gary serves as a consultant / teacher at the University of Minnesota, Crookston, and Upper Midwest Aerospace Consortium (UMAC), Grand Forks, ND, on issues pertaining to precision agriculture. 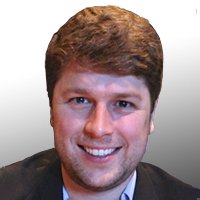 Todd Colten is an expert in small unmanned aircraft and small unmanned aircraft systems (a.k.a. Drones).  Since 2002 Todd has worked on over a dozen unmanned aircraft ranging from research and development micro sized aircraft, full production aircraft such as the FourthWing Vireo and Lockheed Martin Desert Hawk families, and larger unmanned aircraft including variants of the Predator UAS. Currently, Todd is the Chief aerospace engineer for Sentera, and is the lead designer for the Vireo UAS and its variants which are used for precision agriculture, aerial survey, infrastructure inspection, law enforcement, emergency response, security, and military surveillance. Before working for Sentera, Todd has held numerous positions with companies including United Technology Corporation, Lockheed Martin, and Circuit Check Inc. just to name a few. 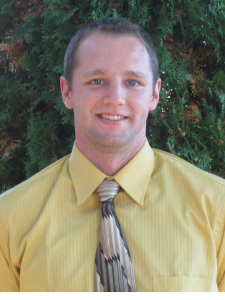 Tyler Nigon grew up on a dairy farm in Central Wisconsin, where he became interested in production agriculture. Tyler earned a B.S. in Soil & Land Management from the University of Wisconsin – Stevens Point before earning his M.S. in Land & Atmospheric Science at the University of Minnesota. His Masters research was focused on using aerial hyperspectral and thermal imagery to detect nitrogen and water stress in irrigated potatoes. Before working as Signature Product Manager at Farm Intelligence, he worked for a Pioneer seed dealer in Southern Wisconsin where he gained a lot of valuable on-farm experience. Tyler’s general interests are to improve crop production input efficiencies in order to increase farm profits and reduce on–farm nutrient losses. Tyler is especially interested in using GIS, remote sensing, and modeling to develop tools that can be used as “turn-key” solutions to improve production efficiencies for producers. 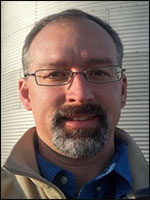 Brent Myers is an Assistant Professor in the Division of Plant Sciences at the University of Missouri with both a research and extension appointment. Dr. Myers studies precision agriculture in cereal cropping systems. A key focus of his program is understanding and managing effects on crop productivity and sustainability due to plant interactions with soils and landscapes. He uses a mix of approaches including yield maps, plant and soil sensors, and digital soil mapping, often employing ‘big-data’ analytics with geospatial modeling tools. Some specific topics he researches are seeding rate response in corn, soil functional changes due to corn cropping systems, and new methods to develop high resolution maps of soil and plant processes.

Rick Molenaar is the Western Minnesota / Eastern South Dakota District Service Manager for the Climate Corporation. Rick attended SDSU, where he completed a degree in Plant Science. Prior to joining the Climate Corporation he taught agronomy, soil fertility, and precision agriculture courses at Ridgewater College in Willmar for 7 years.

Funding for the 2015 symposium provided by: